This website requires certain cookies to work and uses other cookies to help you have the best experience. By visiting this website, certain cookies have already been set, which you may delete and block. By closing this message or continuing to use our site, you agree to the use of cookies. Visit our updated privacy and cookie policy to learn more.
Home » Soot, Char and Ash: It’s More Toxic Than You Think
Fire and Smoke Damage RestorationColumnsRestorer’s Digest

Soot, Char and Ash: It’s More Toxic Than You Think

When you think of charred wood, ash left behind after a wildfire or soot, you might think that they are little more than harmless byproducts of incomplete combustion. After all, haven’t people cooked their food and kept warm by burning wood in their stoves and fireplaces for millennia?

When you see photos taken in the aftermath of structure fires or wildfires, where people are trying to salvage valuables, assess the damage or clean up, it is rare to see people wearing proper respirators, Tyvek suits or other personal protective equipment (PPE). Images of people sifting through the ash in their street clothes to find valuables, or walking through a burned-out home in shorts and flip-flops, gives the impression that post-fire environments are relatively safe. However, this is far from the truth.


Risks of Exposure to Burned Wood

The World Health Organization (WHO) estimates that roughly four million people worldwide die prematurely each year from diseases caused by the domestic burning of wood. An article by Doctors and Scientists Against Wood Smoke Pollution states, “While the situation in developing countries, where people often cook over open fires in their homes, is more dire, wood burning is nonetheless becoming a major public health concern in the developed world as well.

In Denmark, pollution from wood burning now contributes approximately “50% of all health damages from Danish pollution sources,” according to a 2016 report by the Danish Ecological Council. The Danish Centre for Environment and Energy at Aarhus University has estimated that wood stoves cost that country approximately $800 million in annual air pollution-related costs. The same Danish Ecological Council report shares that air pollution from fine particles is the most health damaging problem in Denmark, causing several times more harm to Danes than fine particles from domestic road traffic.

That being said, maybe there’s more to the story about soot, char and ash that first responders, restorers, insurance adjusters and fire survivors need to be aware of.

Percivall Pott (1714-1788) was an English surgeon recognized for identifying the first cancer-causing occupation. In 1775, he found a correlation between chimney sweeps’ exposure to soot and a high incidence of a condition called “soot wart,” a cancer later found to be squamous cell carcinoma. The cancer primarily affected chimney sweeps who had been in contact with soot since their early childhood.

In the 1700s and early 1800s, boys (often orphans) as young as four years of age, known as “climbing boys,” were used as chimney sweeps due to their small size, which allowed them to fit inside chimney flues. During this time in history, most people burned wood in their fireplaces to keep warm. It wasn’t until the early 1800s that coal was being widely used.

Boys as young as eight years old contracted the disease and many suffered an array of other debilitating illnesses resulting in respiratory and cardiovascular ailments and even blindness. It is believed that dermal absorption, inhalation, and ingestion of soot and creosote triggered the diseases.

Most buildings in the U.S. contain pressure-treated lumber. Because of its ability to resist rot, fungi and termites, it is commonly used for outdoor fencing, decks and picnic tables. It is also widely used as a substitute for standard lumber in areas where termites are a problem, such as Hawaii, where termites cause roughly $100 million in damage annually.

Prior to 2003, pressure-treated lumber was manufactured with a chemical known as chromated copper arsenate (CCA), which contained arsenic. Arsenic is a toxic heavy metal classified by the EPA as a known carcinogen. Exposure to arsenic can cause a wide range of diseases, including cancers of the lungs, skin, liver, kidney, prostate and bladder. CCA contains 47.5% hexavalent chromium, 18.5% copper and 34% inorganic arsenic. Even if pressure-treated wood doesn’t contain CCA, it still contains other hazardous insecticide and fungicide chemicals.

Ammoniacal copper zinc arsenate (ACZA) is a newer formula and successor of CCA. It consists of copper, zinc and arsenic. Unfortunately, it too is a restricted-use pesticide.

When pressure-treated wood burns, the heat does not destroy the arsenic it contains. Burning this wood releases the chemical bond that holds the arsenic in the wood where it becomes part of the soot and ash. According to the Journal of American Medical Association, even minute amounts of the “fly ash” from burning treated wood can have serious health consequences.

In 1982, the Journal of the American Medical Association reported on a family in Wisconsin that burned CCA-treated wood. All the family members suffered severe recurring nosebleeds, extreme fatigue and debilitating headaches. The parents complained about “blacking out” for periods of several hours, followed by extended periods of extreme disorientation. The two youngest children had multiple seizures described as grand mal from birth to one year. They displayed recurrent “measles-like” rashes on their bodies, as well as reddened, thickened skin on the soles of their feet. Most striking was recurring seasonal alopecia, ranging from thinning of the hair in the parents to complete baldness in the youngest children. The symptoms were traced to breathing minute amounts of arsenic-laden dust.

It was later discovered that the home had been heated with a small, wood stove in which pressure-treated wood was burned. The ashes from the stove spread throughout the home, and test results showed that the ash contained more than 1,000 ppm of arsenic.

Restoration practitioners should be aware that although CCA-treated wood for residential use was banned in 2003, risk of exposure to arsenic-laden particulate and ash remains high in buildings where treated lumber has burned, especially in the form of fine or ultrafine airborne particulate. When inhaled, ultrafine particles behave like gases and pass through the lungs directly into the bloodstream. These particles can also travel through the nose and affect the central nervous system via the olfactory nerve.

In the restoration industry, safety data sheets (SDSs) are required documents that provide information about the hazards of a product and advice about safety precautions. The following selected information was copied from Weyerhaeuser Safety Data Sheet WC 173-10 Rev. 4/22/2021 for Wood Ash. The SDS can be found here.

Prolonged or repeated inhalation exposure to respirable crystalline silica may cause lung cancer and permanent damage to the respiratory system.

Prolonged inhalation of crystalline silica may result in silicosis, a disabling pulmonary fibrosis characterized by fibrotic changes and miliary nodules in the lungs, a dry cough, shortness of breath, emphysema, decreased chest expansion, and increased susceptibility to tuberculosis. Advanced silicosis may result in death due to cardiac failure or destruction of lung tissue. Chronic inhalation of sufficient quantities of crystalline silica may also cause lung cancer.

Wood ash is considered to be a hazardous chemical in accordance with OSHA classification criteria. Since respirable crystalline silica may be present in the material, refer to OSHA standards 1910.1053 (General Industry) and/or 1926.1153 (Construction) if applicable.

The National Institute of Occupational Safety and Health defines an immediately dangerous to life or health (IDLH) condition as a situation "that poses a threat of exposure to airborne contaminants when that exposure is likely to cause death or immediate or delayed permanent adverse health effects or prevent escape from such an environment." Restorers, insurance adjusters, occupants, or anyone else who needs to enter a fire-damaged structure where wood has burned should be aware of the health risks and always wear proper personal protective equipment.

10 Tips Restorers Should Consider When Working for Homeowners

The Value of Working With a Restoration Coach

Spalling: The Effect High Heat Has on Concrete and 5 Steps for Restoration 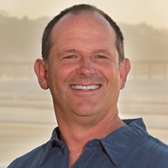 Sean Scott has over 41 years’ experience in the restoration and construction industry and has published numerous books, papers and articles including Secrets of The Insurance Game and The Red Guide to Recovery – Resource Handbook for Disaster Survivors. If you have any questions, would like to inquire about training or would like to speak to Mr. Scott, feel free to contact him at 858-453-6767 or email [email protected].

Briana is the co-author and editor for Heritage Publishing & Communications. She has been instrumental in providing and interpreting information regarding the ecological effects of disasters. Briana also adds invaluable knowledge and understanding of scientific processes and her research has been instrumental in raising awareness of a wide range of post-disaster health and environmental hazards.

Using Ozone in Fire Restoration: Is It a Friend or a Foe?

Dioxins: The Most Hazardous Substance In Structure Fire Environments - Part 2

Dioxins: The Most Hazardous Substance in Structure Fire Environments | Part 1 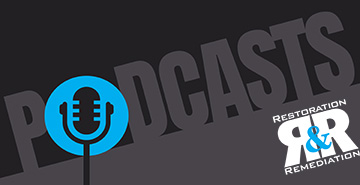 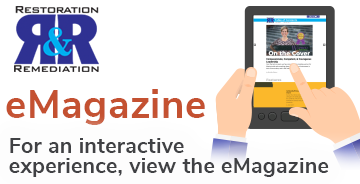